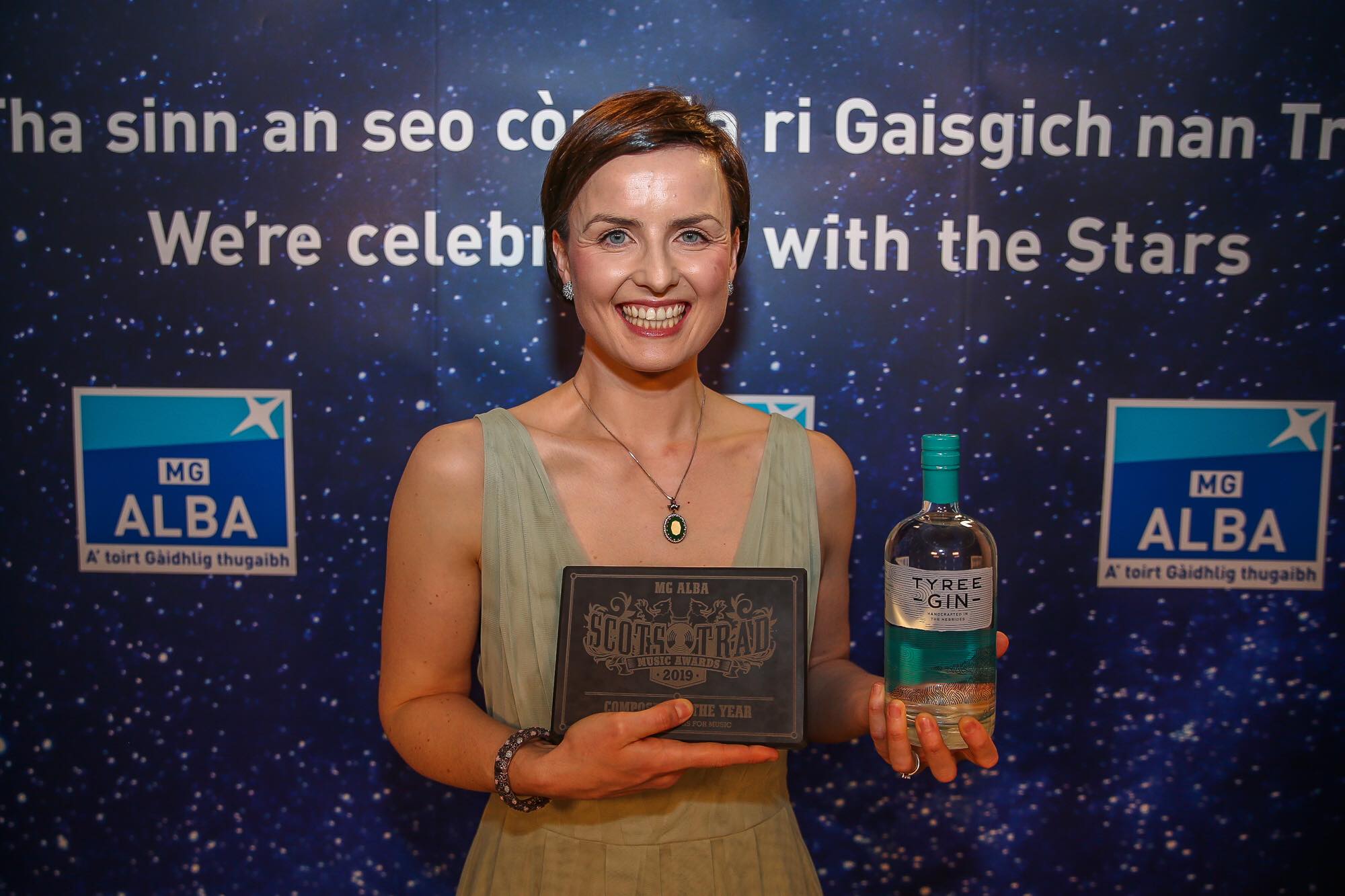 I wrote my last blog signing off for the year and looking forward to a partying night in Aberdeen, not expecting at all to have the wonderful surprise of coming home with an gong!
I’m thrilled and cannot begin to say how happy I am to receive the award for Composer of the Year.
There are a few ideas in the pot for some more music making and I’m inspired to get working on it very soon.
Not forgetting Blazin’ Fiddles who were awarded Best Folk Band  – we’ve just finished our annual winter tour  – what better way to round of the year.
Thank you to everyone who voted for me, and the Blazers – what night!
X 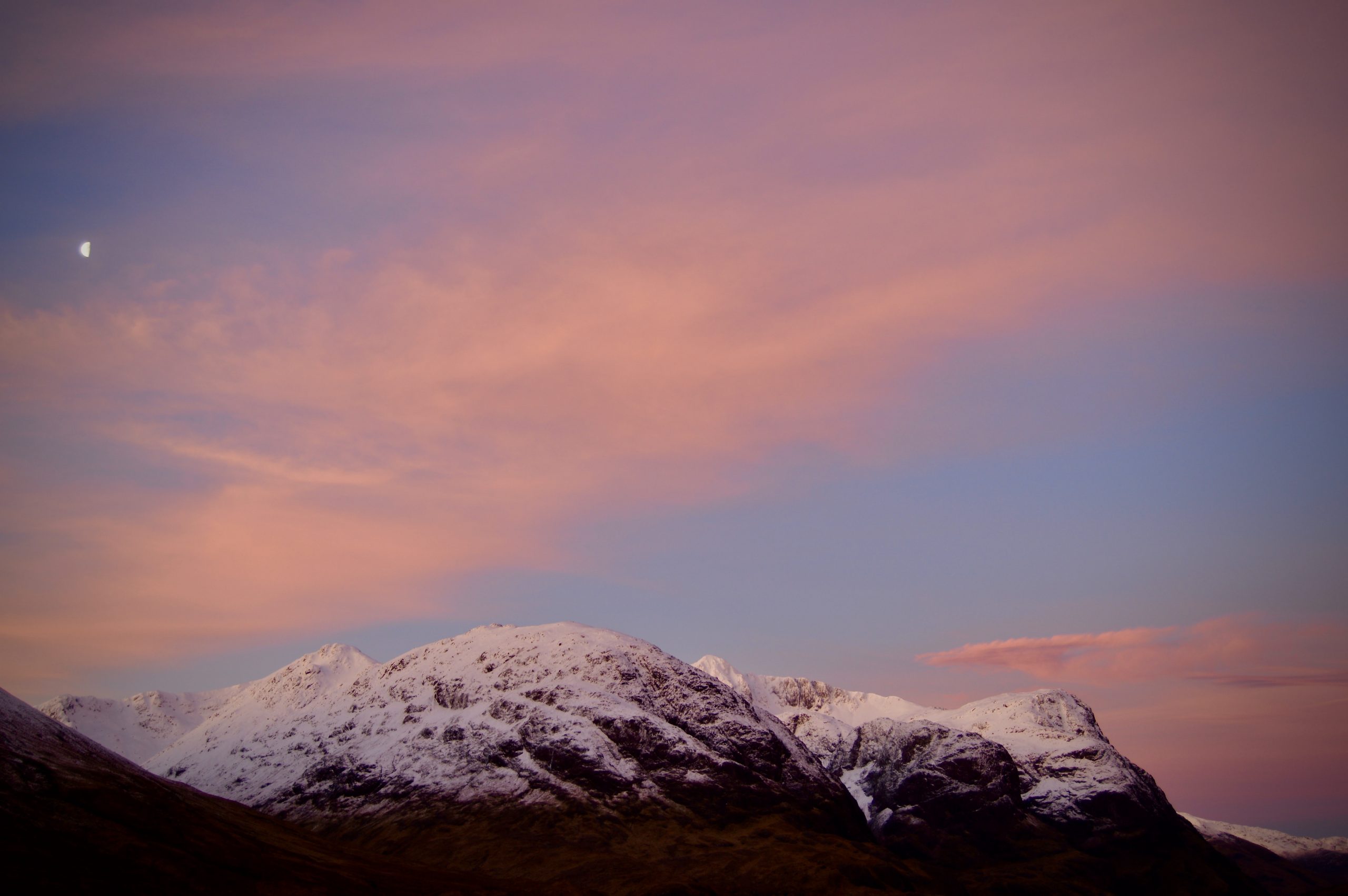 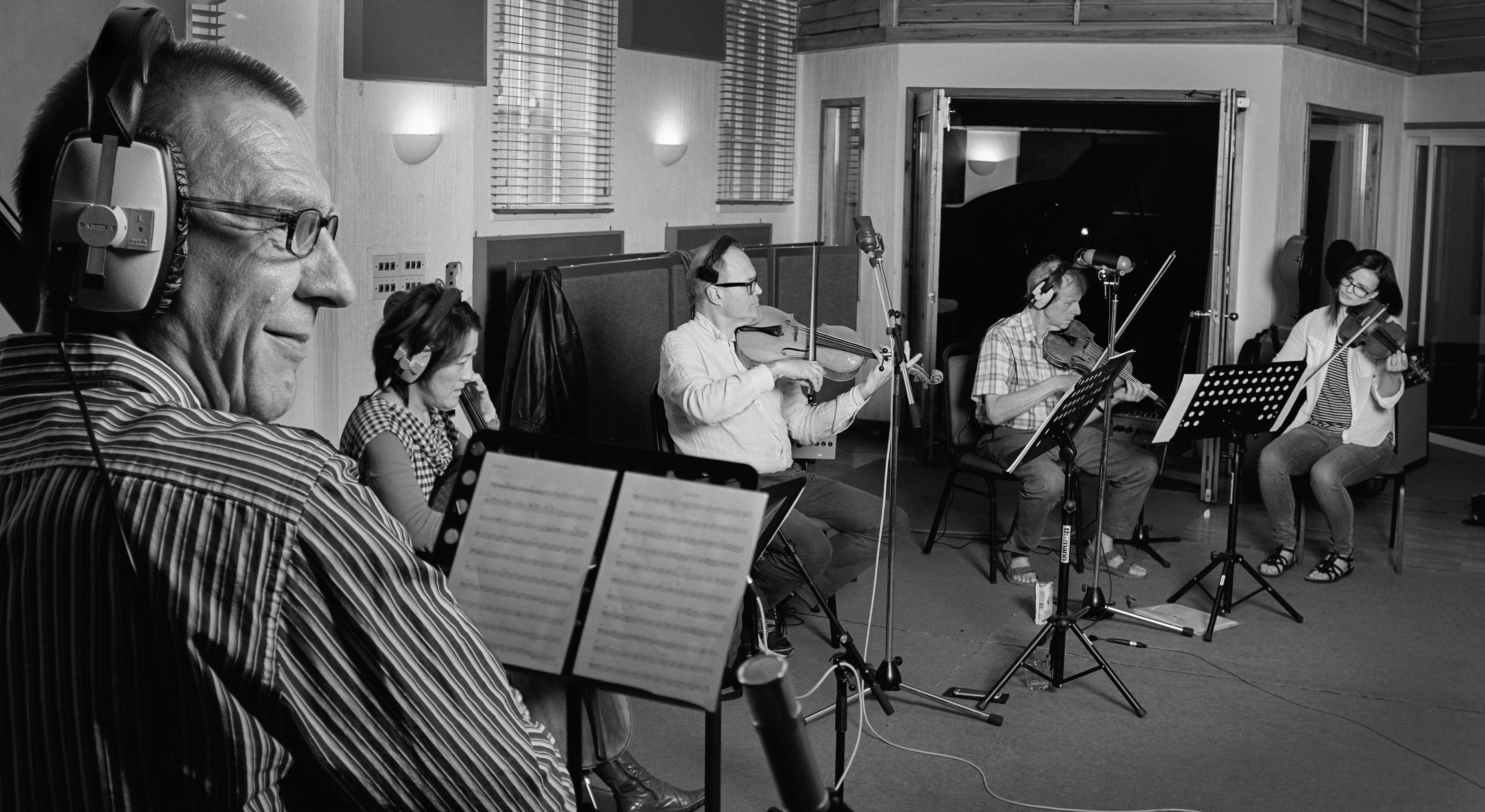 I’m on the road for some solo shows this Spring with Harris Playfair on piano and Mr McFall’s Chamber featuring founder and violinist Robert McFall, Su-a Lee on cello, Brian Scheile on viola and on bass, Rick Standley.
Fresh from launching my new album at this years Celtic Connections festival I’m delighted to be teaming up with these amazing musicians again to replay the brand new music for fiddle, piano and string quartet.
Working Hands is a collection of tunes that I composed for friends, family and musicians and it was inspired by the tools our trade; our working hands.  I included three of my favourite traditional Shetland tunes within the album so I very much hope you have enjoyed listening.
If you’re yet to hear the new sounds you can download the album on the website, thank you for stopping by.
LIVE SHOWS with Jenna Reid, Harris Playfair and Mr McFall’s Chamber.
6th April Glassell Hall, Aberdeenshire  8pm SOLD OUT
7th April The Queens Hall, Edinburgh 8pm  www.thequeenshall.net
27th April The Tollbooth, Stirling 8pm  www.culturestirling.org
28th April The Kings Place, London 7.30pm  www.kingsplace.org
29th April Perth Theatre, Perth  8pm  www.horsecross.co.uk
This is the one and only time I’ll be touring this music, join us if you can.
Till next time X 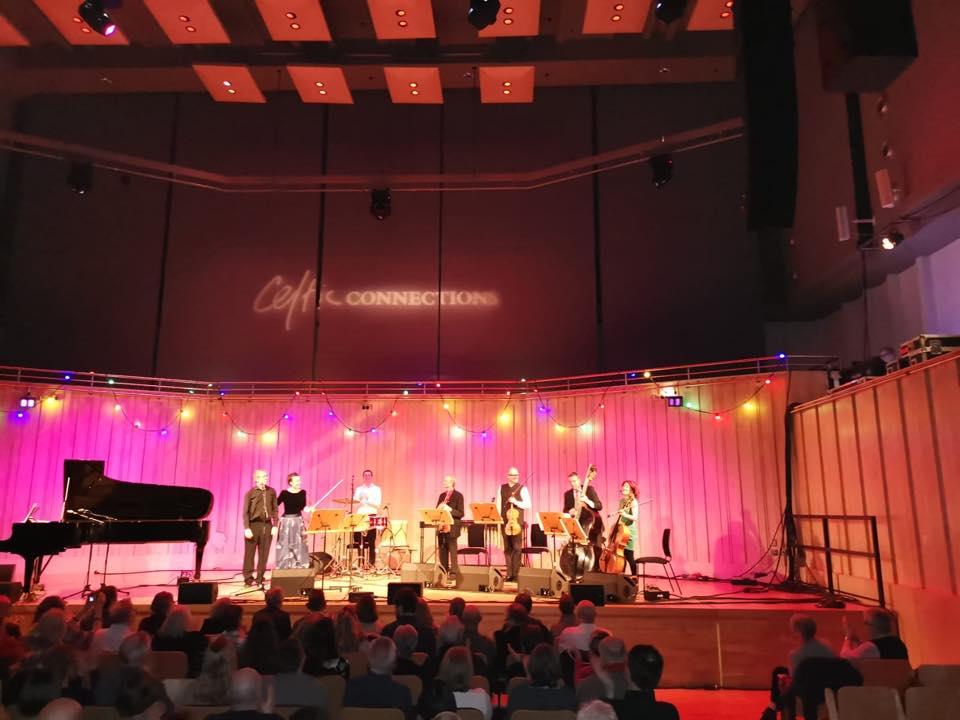 Reuniting with Deaf Shepherd was a really special moment, playing music from past albums and from our more recent times, including some tunes written by Malcolm Stitt and stunning songs from John Morran. It was a great feeling to stand alongside Clare, John, Mark, Finlay and Malcolm and revisit the sets we used to play. It had been 9 years since the last ‘Deafies’ gig so the invitation to come together again sparked excitement and nerves in equal measure. We had so much fun, I’m sure we’ll it’ll not be another 9 years before we take to the stage again.
The anniversary gigs kept coming and with Blazin’ Fiddles turning 20 in 2018 we played the Kings Theatre to mark the end of an amazing year of concerts across the UK and of course our tour with Karen Matheson in the summer of 2018.
Karen joined us for the our first ever performance in the Kings – what a venue. Usually known more for panto than folk music, it was quite a treat to be behind the scenes in this iconic venue.
Last but not least was the launch of my new album ‘Working Hands’.  This was the culmination of 18months work, writing, rewriting, late nights…..my deadline was simple, my daughters birth in October 2017.  I knew time would be non-existent following her arrival and therefore I had to complete the writing, recording and rehearsal.
A Celtic Connections date is a very real deadline and we made it. Playing this music for the first time ever in the New Auditorium, with Harris Playfair and McFall’s was exhilarating.  I am so thankful to everyone who came out to listen and support me, playing in that room to such a huge crowd was thrilling and completely unforgettable. 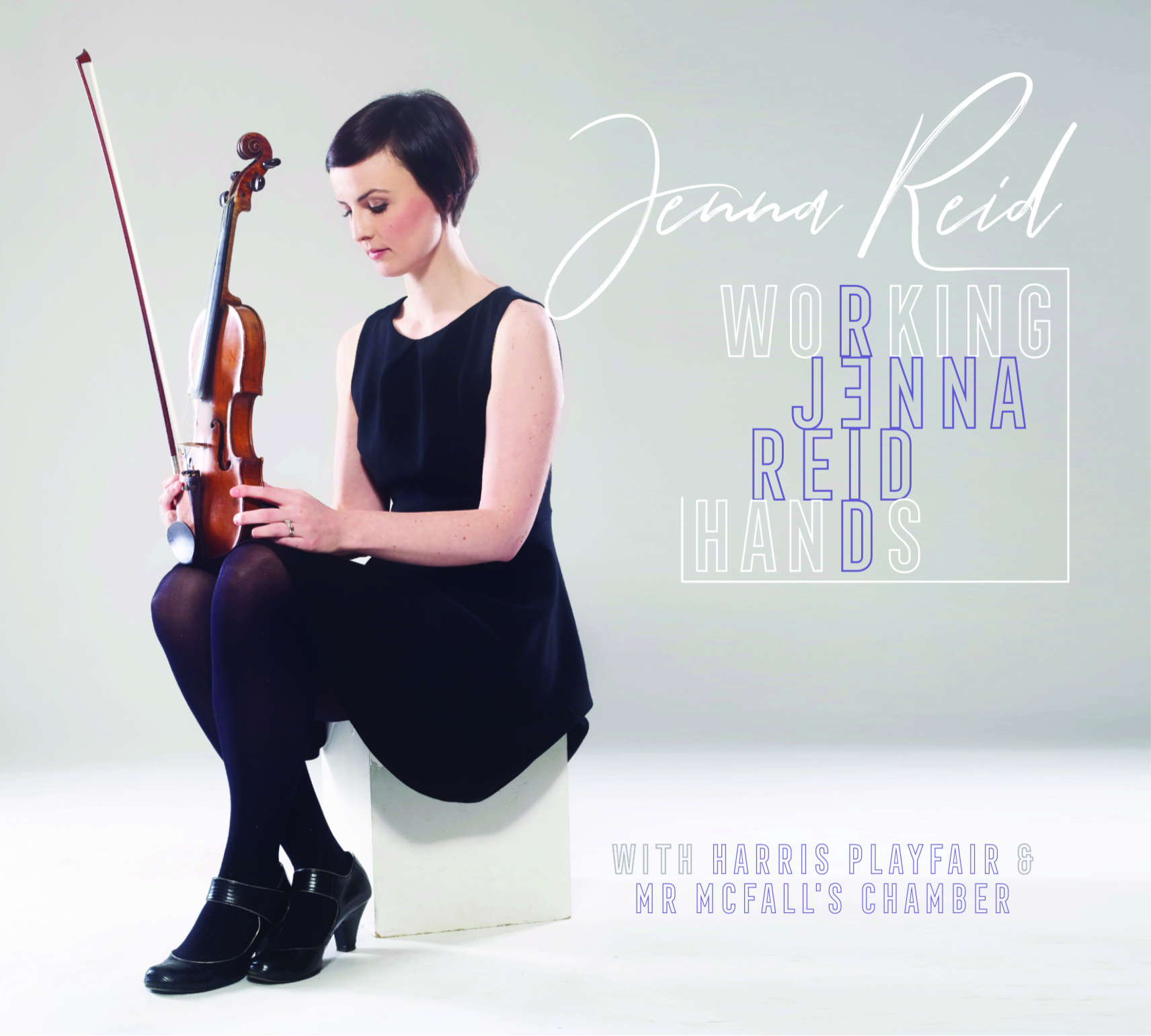 The month of January can be quiet, the bright lights of Christmas have passed and the new year celebrations have died away.  Celtic Connections is Glasgow’s winter festival, filling up the dreary month of January and I am thrilled to be part of the programme for 2019.
I have my own album launch, taking place in the New Auditorium of the Royal Concert Hall on Sunday 20th January. I’ll be joined by McFall’s Chamber, Harris Playfair and Iain Sandilands. I’m excited for this. It’s 4 years since my last solo release and it’s such a privilege to have the chance to launch it at this incredible festival.
I’ll also be with Blazin’ Fiddles and Karen Matheson on the 31st of January. We’ll be in the Kings Theatre and it’s a follow on from our summer tour of 2018 where we teamed up with Karen and spent week on the road in Scotland. We had a wonderful time and I was truly star struck to be on stage with Karen.
We’re over the moon to be revisiting the music for Celtic Connections.
Last but not least is the brilliant team of folk that is Deaf Shepherd. I still remember the day when the call came to fill in for Clare McLaughlin whilst she went on maternity leave.  I was still studying and I couldn’t believe it!  I went onto join the band and although it’s been a few years since we played it’s a joy to be together again to celebrate 25 years since the band began.
We’re in the Strathclyde Suite in the Royal Concert Hall on the 19th January.

Sorry, no posts were found.