One of Shetland's finest and most accomplished modern-day fiddlers, Jenna Reid releases her sixth album.

Jane and I first met at the Blazin’ Fiddles fiddle week; Blazin’ in Beauly.  I had been searching for advice regarding a brand new children’s book I had been writing and made contact with Jane over social media. Her work is beautiful and so I had asked her for advice on writing and releasing my first book.  Low and behold Jane plays fiddle and had booked a place at Blazin’ in Beauly!
It was amazing to meet in person, and share all things about writing and fiddle music.  Jane has hand drawn the titles for my new album and I’m delighted to have 50 copies of a brand-new hand drawing by Jane, especially designed for the release of One Day. The first 50 orders via my website will be sent a copy of the print.
Order 'One Day' 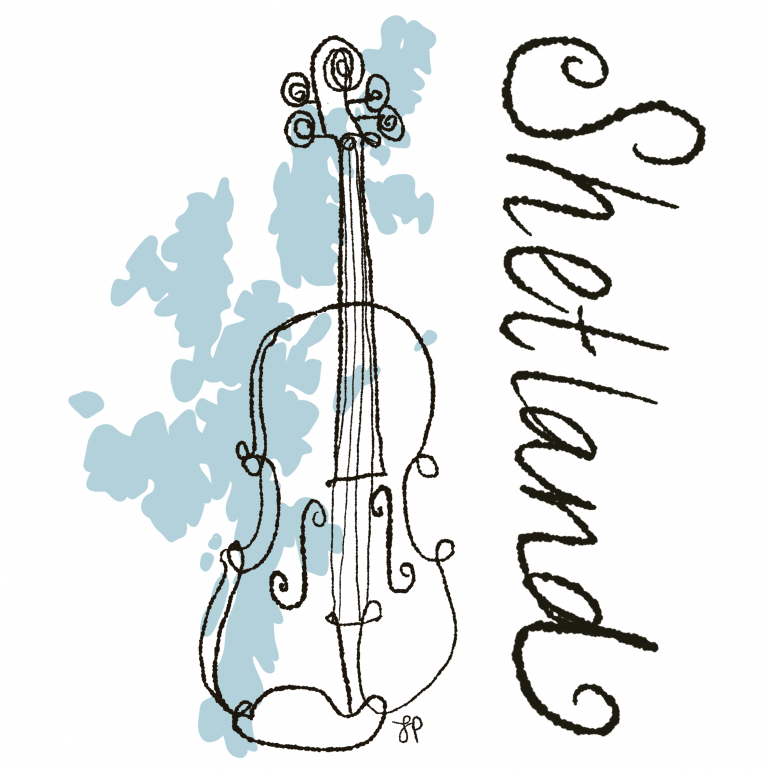 The ruggedly exuberant title track celebrates the strength and dexterity of the tools musicians use every day and is a real earworm, one of these tunes that get into your head and refuse to leave. Its galloping quality gives every indication that, while the hands depicted in the album artwork are very much working hands, their owners approach that work with enthusiasm and sheer love of the craft of making music.